The Dashwood family, Mr. and Mrs. Dashwood and their two daughters, lived happily until Mr. Dashwood’s death. Afterwards, Mrs. Dashwood and the girls soon heard even more bad news. The house and most of the family fortune had been left to John Dashwood, Mr. Dashwoodd’s son by his first marriage. Soon after, John and his wife, Fanny, arrived at the house. John had promised his father that he would look after his half-sisters, but Funny persuaded him to give them virtually nothing. Mrs. Dashwood and her daughters suddenly found themselves with very little money and with nowhere to live.

For a few months, the Dashwoods stayed in their old house, while they looked for another, much smaller place to live. During this period, Fanny’s brother, Edward Ferrars, came to visit them regularly. He was very different from his sister. He was sensitive and very shy, but soon he and the eldest daughter, Elinor, were getting on very well. The second daughter, Marianne, asked her sister if she was planning to get married. Elinor said she liked Edward a lot but there were no plans for marriage. Marianne could not understand her sister’s patience. Marianne was very romantic and believed in true love. Soon, however, the Dashwoods moved into a cottage near a small village in Devon, in the west of . There they met Colonel Brandon, an honest and serious man of thirty-five. He started to pay attention to the young Marianne, who was seventeen and very pretty. Marianne liked him but thought that he was too old and boring for her. She wanted real love.

One day, Marianne went for a walk but a storm broke out. When Marianne was running home, she fell and hurt her leg. Just then, a man arrived on the scene. He pickled up Marianne and took her home. The man’s name was and he was tall and very handsome. He and Marianne talked and talked for hours. Very soon Marianne was totally in love with him, even though her sensible sister, Elinor, told Marianne to be careful – they did not know anything about this man. Marianne and got closer and closer. But one day, came to the cottage and said he had to leave and go to . Marianne was very upset.

Soon afterwards, a girl called Lucy Steele came to stay in the village. Lucy Steele told Elinor that she was engaged to be married – the man was Edward Ferrars! They had met and got engaged when they were very young. They could not get married though, because Edward’s mother would not give them permission. This made Elinor very unhappy.

In the autumn, a friend of Mrs. Dashwood’s offered to take Elinor and Marianne to . As soon as they arrived in , Marianne started writing letters to but there was no reply. In in the winter there were lost of dances, parties and dinners. At one dance Marianne saw . He was with another woman and he seemed cold and distant. The next day they found out why – was engaged to marry a rich woman. Marianne still loved him deeply and was very, very upset.

While they were staying in , Elinor and Lucy Steel. Edward’s mother, Mrs. Ferrars, had heard about Edward’s engagement to Lacy. Mrs. Ferrars was very angry and told Edward that she wouldn’t give him any many if he married Lucy. She wanted him to marry a rich woman.

Mrs. Ferrars gave a lot of Edward’s share of the family money to Robert, his younger brother. After this Edward decided to become a vicar and Colonel Brandon was very generous, offering him a job in the village near his house.

The two sisters left . On the way back Marianne had a terrible fever. The doctor thought she going to die. One night there was a knock on the door. It was ! He was sorry for his behavior and said he still loved Marianne-he had had to get married because of his debts. When she recovered, Marianne talked to Elinor about everything that had happened. In the future, she decided she would try to control her feelings. One day, they received news of the marriage of Lucy Steel and a ‘Mr. Ferrars’. Elinor was very sad. She was thinking about it when suddenly a man appeared outside the door. It was Edward.

Edward soon explained everything to Elinor. He had got engaged to Lucy when he was very young. He did not love her any more, but he had not wanted to break his engagement. However, when Lucy realized that Edward was going to be so poor, she had turned her attention on his younger brother Robert. She had married Robert, not him! Edward was not free from his engagement to Lucy. He had loved Elinor since the first time he met her. Now he could ask Elinor to marry him! Elinor did not need time to think it over. She accepted Edward’s proposal.

Edward and Elinor married and moved to the village near Colonel Brandon’s house. Not long after, Colonel Brandon, who had always been so generous, faithful and loyal, finally persuaded Marianne to marry him. After all her experiences Marianne had changed her opinions about love. The colonel loved her deeply and soon she was devoted to him. In the end both sisters lived happily in the same village. 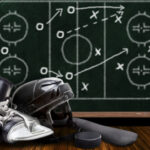