It’s best to be here early, especially on Saturdays. Peaceful then. The rising pitch of the kettle is whistle joined with the faint hiss from the little blue camping stove. Twenty years old, that stove, found the receipt in a drawer just the other day – a bargain at four pounds fifty – but it always pays to hang onto the receipts. The first cup of tea is the best, early on. Little chance of any interruptions then. Steam rising from the teapot, fresh … tell from the smell when it’s ready. You can do that with tea.
Never quite the same, rest of the day, even at the end when they’ve all gone home – no, never quite the same somehow.
After tea, and of course, the paper, especially Saturdays … the racing, you know – like to study the form. I never bet, no, not now … when I was younger sometimes.
It’s Saturday today. I mean it doesn’t really make any difference to me, except for the racing it could be Monday. No, it doesn’t really make any difference.
By eight-thirty the staff have all arrived, I can’t hear them directly, but the soft, distant voices of the lifts rising and falling give them away.
Of course there is routine, that’s OK, that measures time doesn’t it? Even the period before Christmas and during the sales that follow, routine is still there, although the time stretches and contracts as the public ebb and flow through the building like an unpredictable tide – routine will still be there, disguised, beneath the surface, an undertow. As the management ritually pull out their hair, thicken their arteries, bark at their co-workers and re-prioritise their priorities – behind it all routine will be waiting. Everyone here is a slave to it … even if they move on, get married, die … there will always be others to master, to enslave. I too am a slave to routine … but I don’t mind.
I look at the long white envelope with my name printed neatly in the centre, its edges slightly curled as though to fend off the surrounding army of clutter on the desk. An intruder. A foreign object.
I go down the stairs and open the main doors. Can’t keep the public waiting.
Like I said, today is much like any other day: In amongst the structure of routine women drift like ghosts amid the lingerie, touching here, feeling there – husbands linger on the periphery of their erratic orbits, faces masked with bored indifference; in the homeware section, tweed-skirted ladies lift the lids on teapots; sniff, like careful poodles at bowls of Pot Porri, turn everything upside down to check the price and replace it quickly at the approach of an eager and bored assistant. The sun streams through the plate glass windows in great broad beams, igniting every chrome fitting, while tired and wayward children are narrowly missed by my trolley’s wheels.

Up and down in the lifts, pressing the unmarked buttons to drop off or pick up at the service floors between the shop floors. Racks of dresses, coats, shirts, blouses, trousers, cardigans, swimming trunks and ‘this years thing’. Back to the shop floors; Lingerie, Menswear, Ladieswear, Childrenswear, Schoolwear, Soft furnishings, Electrical and Fancy goods.
Routine.
The piped music of last year’s one-hit-wonders looping around and around like the slow tick of a clock. The intermittent bleep of the barcode readers. The air warm, dry as an ashtray, absorbing, almost immediately the occasional pinch-nosed announcement from the tannoy system.
At 11 O’clock I go to the meeting with Mr Radcliffe the manager. He is a fat man, and the smallest motion on his part induces him to break into a sweat. He sits across the desk from me with the air of a man who has never dared to look a day in the eye. He speaks quickly and a little pompously, his eyes drifting toward the clock on the wall more often than my face. He says his words carefully, as though trying to pull each one down with the gravity of his tone; that they might be flimsy really, lighter than air, inconsequential. I’m sure they are. I’m sure he knows I know they are. He endeavours to grant some words such as ‘free time’, ‘benefit package’, ‘pension fund’, ‘hobbies’ and ‘exemplary service’ an even greater weight of importance, but succeeds only in sweating some more as he glances to the clock.
In the staff canteen at lunchtime I see Mr Radcliffe again as he orders a main course and two sweets, but this is not an unusual occurrence as far as I am aware.
I don’t often come here, preferring to eat in my room upstairs, there I can read uninterrupted. But today I choose the canteen, although even here I am isolated to an island table set for six – that’s fine. Inevitably here, people drift into their own little groups; the management occupy one table, as do a gaggle of fresh faced teenagers, the latest batch from the YTS. A group of mature ladies discuss last night’s Coronation Street, and a younger group of girls compete for the last word on tonight’s arrangements.
And I, I am here – a group of one.

I am not so naive to be unaware that I have a certain reputation here – a kind of gruff aloofness; I don’t actually believe this is part of my nature … or at least it never used to be. I like to be my own man, that’s all. I’ve little time for idle gossip. Years ago, when the new, young starters would arrive in June or July, I was more sociable. They would plague me for tips on the horses, or pop up to my ‘office’ for a skive or a cup of tea. But it all got a little out of hand. I no longer had any peace. So I became a little testy with them, and my annoyance soon became more organised. I became unpredictable and aggressive, this became a bit of a game, then a habit, and in the end … finally … me.
Now, my reputation precedes me.
It’s dusk now and the store is quiet again. The kettle rocks gently on the metal frame of the stove. Outside the distant hum of the evening traffic five stories below is the only sound. Beyond my office door the curved sweep of the corridor is being absorbed by the coming darkness; the jumble of old boxes, the dismembered mannequins casting fuzzy shadows across the dusty floor. I glance around my room; the rows of books and piles of magazines, the ancient portable television, the radio. I have very few real possessions. What, really, does one man need? I’ve brought the things little by little from the flat. Now I think I have all that is required. I suppose, on occasion, they have suspected I stay here through the night, but that doesn’t bother me.
It was a relief to let the flat go completely, I never felt at home there.
I have taken the retirement letter from its envelope and dropped it onto the worn lino. Now it lies there like a broken kite.
I will sit here; wait until the mice come out from their hidden places to nibble at its corners and eat its words. 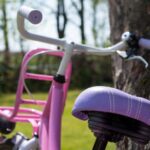 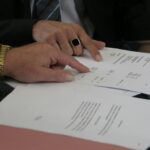