Домой Планирование Английский язык Things We Do Not Want To Hear

Things We Do Not Want To Hear

She turned around on the bed to avoid the light that came from the window. She embraced the cushion she had set aside during her nap and kicked the sheet until releasing her feet from under it.
“You are awake already.” he said, appearing at the door of the bedroom.
“Almost….” she whispered. She could have slept forever.
He came in and sat on the edge of the bed. It squeaked.
“Could you prepare some tea?”
“Please, put the water on and I’ll prepare it.”
“Bad mood?”
She turned around again towards the light coming from the window. That light reminded her that there was activity out of her bed, out of her house.
“I am tired.”
“You took a two hour nap.”
She repeated, with a sigh, “I am tired.”
He went to the kitchen and she could hear the noise of the water running into the kettle and the sound of a match lighting. Then, he turned on the television and she heard a dialogue in English and the laughter of a studio audience. Soon after, the kettle began to whistle
“The water is ready.” he warned.
She stretched on the bed and then sat-up, still clutching the cushion in her arms. The kettle continued whistling. She pressed the cushion strongly against her chest.
“Please, turn that off.”
The whistling stopped. Thank heavens, she thought, it was going to drive me crazy. She looked for her slippers under the bed and stood up. She went to the bathroom and washed her face. I should take a shower, she thought. I should take a shower to cry in peace. She walked with heavy steps towards the kitchen. He was watching a sitcom laughing quietly from time to time. She asked:
“What kind of tea?”
“Mint” he answered without looking at her. She poured two cups and sat close to him, fixing her eyes on the screen
“I bought a lottery ticket today.”
“What?” he asked, absentmindedly. She did not answer.
“When is the draw?”
“Tomorrow. Two million.”
“But they take a lot out of it for taxes. You don’t believe that you are going to win two million, do you?”
He took a sip of tea making a slurping noise. Since when does it bother me that he slurps? she asked herself. At the beginning, she hadn’t even noticed it, soon she began to become aware of it and now it bothered her terribly, exasperated her. Poor man, it was not his fault. He had always been making noise when drinking tea. He had being making noise for the past twenty years.

“Please, stop making that noise when you’re drinking.”
He looked at her for some seconds, surprised and whispered, “You are in a bad mood.”
“I am depressed.”
He continued watching television. After some minutes, he laughed again echoing the laughs in the studio. Why did it have to be like that? Why do things have to change that much?
“I have been depressed for some days.” she reminded him and herself.
The sitcom finished. She took the empty cups to the sink. He switched the channel and she sat again next to him. It was a documentary on some place by the sea, a kind of fishermen’s town. It is a gorgeous place, she thought. She could live there. It was cold there, people were wearing thick coats and scarves and they were trying to protect themselves from the wind. She would give anything to be walking next to the sea, feeling cold. And later she would have a cup of hot coffee, coffee with cinnamon. Yes, she could live that way. It would be a wood house, like the one she was seeing on the screen, by that sea, and she would have her violin and some scores. On sunny days, she would sit next to the window and play the violin. How long had it been since playing anything at all? Centuries. On cold days she would bake some bread or drink coffee in the kitchen, reading something. She could take the handicraft cups that they had bought in with her. Those cups would go well with her new kitchen, the sea and the cold weather. He surely was not going to miss the cups. He had never paid much attention to the objects of the house, except for some records. Perhaps she would take some records with her too, some jazz. He was not going to miss jazz records. But…where was she going to play them? They had only one record player. Television yes, she could take the little one, the one they had in their bedroom. But what would be the point of having a TV set in that place?
He switched the channel again just when they were going to show the wooden pier of that little town. She was about to protest but she realized that she did not have enough energy for that. Instead, she started to examine the kitchen carefully, evaluating each watercolor on the wall, each shelf, the spice box, the plants, the pots. She liked the copper pots. Then she started to think about how the kitchen would look like if she took everything away: the empty nails on the walls with the rectangular traces of dust, the faded-out paint shaping the objects that used to be there and the things rearranged on the shelves. He would die. But nobody dies for that reason, she tried to convince herself. But she felt sadder. He switched the channel again and put-on a soccer game. She lit a cigarette.

“Still depressed?”
She did not answer.
“Then I’d rather not speak to you.” he decided, “When you are like this it is better not to talk to you”
“Why?”
“Why what?”
“Why is it better not to talk to me?” she insisted. He did not answer. She almost begged:
“I want to know why it is better.”
“Because you are going to say things that are going to hurt me.”
Poor man, she thought. He is scared. At least, that was the most sincere thing they had said to themselves in a long time. She stood up with a sigh, washed the cups and put them on a cloth to dry. Then, she opened the cupboard and checked if there was any flour left.
“Would you like me to make some lemon cookies?”
“Great.” he said, smiling. 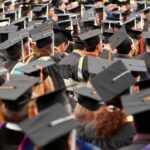 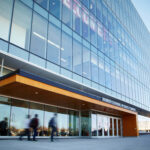 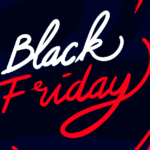 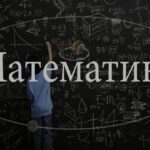