Crystal Arbogast
The Certification of Brandon

On the morning of June 5, the sun rose and cast its rays upon the Missouri River. The light spread its way to the banks, across the park, and up to the buildings in Old Towne St. Charles. As the shadows disappeared from the red brick of the Justice Center, a corrections officer made his rounds. He walked past the solitary cells of D-Block, and the first stirrings of morning could be heard within. At the end of the sector, he saw the body. The arms hung loosely at the sides. There had been no fight for life. Death had been freely embraced.
The cord from the mattress had been stripped away and tied to the ventilation register. The tools at hand had been sufficient for the job. The inmate had been of slight build, weighing about 130 lbs. Brandon James had been resolute in the decision to end his life. He was eighteen years old.
Audrey Meyers began her day in the usual way. Another harried morning, rushing around giving instructions to her teenage sons before making her way to the courthouse. Mentally, she wondered how different it would be to be in private practice. No, being a single parent made things difficult enough. Besides, she liked being a Public Defender.
At the stoplight, she thought of Brandon and how she would proceed with his case during the week. He had been sentenced and sent to the correctional facility exactly one year ago. An earlier case needed to be resolved, so the writ to deliver him back to St. Charles County had been drawn up. She had been shocked at his appearance. Brandon was not a big kid to begin with. Audrey had noticed the loss in weight, and the bruises that were visible made her wonder what the rest of his body looked like. The dark circles under his eyes betrayed the lack of sleep and heightened the despair she saw. The eyes were the first thing she had noticed about Brandon.
It had been another warm June day. Audrey had been the Public Defender at the jail during the criminal arraignments. The inmates were brought into the small courtroom, which was annexed to the jail. Brandon had stood out among the other defendants. He had just turned sixteen. Slight of frame, and eyes that mirrored her youngest son’s, he had needed help in filling out the application for an attorney. He had been out of school for a year, and his mother had not monitored his Ritalin intake. Brandon had wandered the streets. With his father dead, he had been hungry for a male influence in his life. The streets had an appetite for another victim, and they had found one in Brandon.

Jaire Hightower had been dealing drugs since he was fourteen. He had brought his business from New Jersey to Missouri. Having relatives in St. Louis gave him an opportunity to sell his dope in another part of the country. It also took the heat off of him back home for a while. He had befriended Brandon right away. Young kids were easy, especially those with a bad home life. Brandon’s mother indulged in the bottle everyday after work in an effort to drown out the loneliness she had felt. These habitual ways had left the boy on his own.
After a month, the police had spotted Brandon stumbling along 5th Street. They had confiscated the portion of marijuana he had shoved into his front pocket and took him to jail. Audrey had been assigned to him and worked out a plea and a term of probation. She had helped him understand the terms as well as guided him in completing his community service. He had seemed grateful for her help and promised to return to school.
Two months into Brandon’s probation, Jaire had found him again. An offer of cash and his own handgun enhanced the boy’s self worth. Jaire had a way of making Brandon feel important, and in an inane way, cared for. Six months into his probation, he was in custody again. No one knew the entire story of what had happened that night. Jaire Hightower had been shot seven times. The police report had stated that Jaire’s alleged assailant had reloaded the pistol and fired again while the victim was on the ground. The Prosecuting Attorney wasted no time in certifying Brandon as an adult.
Audrey had been present at his second arraignment. He stood silent, and the familiar eyes were intense. They reminded her of a wild animal, frightened and poised to strike back at any sign of danger.
Jaire had survived the shooting. The fact that he would never be able to father children again meant nothing to the prosecution, but would be emphasized over and over again in court. The jury would never know of the extensive criminal record the victim held back east. They would never know how the sporadic doses of Ritalin combined with the crack given by Jaire would affect Brandon.. And, they would never know of the fear and desperation Brandon had felt that night. He had wanted to leave but Jaire had refused. In an instant, the kindness of the past turned into malevolence. Threats were thrown at him, and when Jaire had reached inside of his coat, Brandon fired his weapon. Terrified, he pointed the gun and pulled the trigger until it was empty. Jaire was still moving, and with trembling hands, Brandon reloaded. He had one shell left.

Brandon stayed in the county jail while his trial proceeded. The guilty verdict had been received 2 days after his 17th birthday. Audrey had tried her best, but there was little she could do other than gain a plea for Assault 2nd. That, compiled with the weapons and the drug charge left the boy with an eight-year sentence. He was still a child, but to the system which had condemned him, he was certified. He would be incarcerated with adults. After all, these cases had to move. It was an election year and more wins meant more votes. Brandon’s first stop would be Fulton. That had been a year ago.
After the initial shock of seeing her client, Audrey got down to the job of preparing for his day in court. A previous misdemeanor drug charge needed to be disposed of and Brandon had seemed eager to comply. He had pleaded with her to obtain a single cell for him while at the jail. He had stated simply that the peace and quiet would do him good, and Audrey was only too happy to do whatever she could for the boy. One of the solitary cells had been available and Brandon was placed there.
The news of his suicide was waiting for her when she arrived at her office. Frantically dialing booking’s extension, she hung up after the second ring and raced across the street to the jail. The elevator seemed to crawl to the third floor and when the doors opened, she was staring into Captain Rushing’s face. He explained to her that an autopsy was being performed and that she would be notified of the results.
“Oh, by the way, wasn’t the kid mixed up with a character by the name of Hightower?’ Audrey nodded her head dumbly and then stopped and asked why. “We got a report in yesterday from the city. He was shot dead by city police. Some sort of a drug bust.”
The autopsy report arrived late in the afternoon. The results had shown a battered and bruised corpse that had multiple tears in the rectal area. Brandon had been violently raped over a period of time. A thing that had been readily accepted as a way of life in prison along with being the object of coarse jokes within the courthouse had shattered any illusions of freedom the boy may have had.

The sunlight slanted against the red brick of the jail and evening shadows greeted Audrey as she stepped out of the courthouse. Staring up at the small rectangular windows across the way, she thought of Brandon, Jaire, and the mother who would now have another excuse to drown her sorrows in a bottle. She thought of her own sons who would be safe at home, waiting for her. As she headed in the direction of her car, she walked along the street that was littered with election banners. In the distance, she could see the site for the new juvenile center.
Private practice was looking better and better. 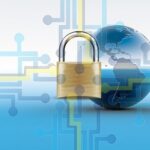