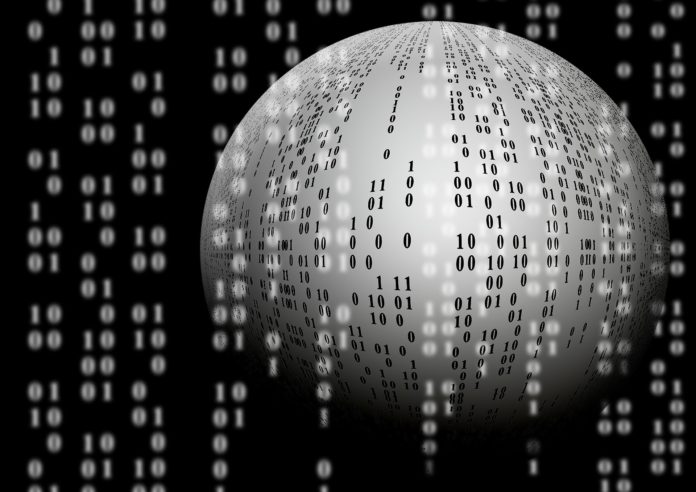 The mass of helmets lurched backward as the landing craft plunged into the dark water. Sea spray glistened on the surface of everything it touched, catching the light of the artillery fire. Private Eddie Hagen glanced at the faces of the men around him. Some were praying, while others held pictures or mementos of sweethearts and family before carefully tucking them away inside of their jackets. The rest stared into the unknown, their faces expressionless, betraying no inner feelings.
‘This is it, Buddy!’
Eddie managed a smile in return for the hearty slap on his shoulder and twisted around to acknowledge a friend.
‘We’re finally gonna kick some Nazi ass!’ Vince DeLanzio grinned down at Eddie. ‘Remember, kid, the rules are the same just like it was in the old neighborhood. Stick with me. We’ll both do just fine. Besides, your sister will never marry me if I let any thing happen to you.’
‘You know something, Vinnie, that’s really funny. She told me to watch out for you.’
Suddenly, both men were distracted by an explosion which sent more spray into the craft. The roar of airplanes filled the sky. As they passed overhead, the black and white ‘invasion’ stripes painted on their lower bodies could be seen. The markings let the Allies know that these were their own, for protection against their anti-aircraft guns. The soldiers watched them as they made their way through the flack and over the cliffs.
‘Son-of-a-bitch! Do you see that shoreline, Vince? How the hell are we gonna make it up those cliffs? We’ll be sitting ducks, just waiting for Fritz to blow us all to hell!’
‘They’re blowing us all to hell now, Bud! Personally, I’ll take my chances on that beach than in this deathtrap. Look over there! At least two of these babies less than a mile off have sunk!’
Eddie attempted to adjust his gear and renewed his grip on his rifle. Amid the chaos and ever increasing artillery fire, he thought of his last visit to another beach, Coney Island. During his high school years, as the weather grew warm, he would cut classes with Vince and hitchhike to the beach. Vince had always been the bolder one. Orphaned at an early age, he had been raised by an aunt. Without a father’s guidance, he had grown up streetwise and cocky.

On the other hand, Eddie had the advantage of a loving, structured family life. His dad was a kind and forgiving man. It was his mother’s Irish temperament which had kept him on his toes. His sister, Tess, had the same fire and beauty as their mother. Vince had been smitten with Tess for years. In fact, Eddie was sure that his friend was in love.
Vince and Eddie had signed up for the Marines at the same time. After basic training, the two had strutted like peacocks before family and friends. As full-fledged fighting men, they would now join in the fight against the Hun. When the time came to say good-bye, Eddie avoided the look in his parents’ eyes. He could not avoid Tess, though. With tear-filled eyes, she made him promise to look out for himself, as well as Vince. She then turned to his friend, placed her hands on his shoulders, and kissed him for the first time. Vince watched her run upstairs to her room, leaving him weak in the knees. Regaining his composure, he said his farewell and walked out of the door.
Suddenly, the barking of orders from the platoon leader interrupted Eddie’s thoughts. The back wall of the craft crashed into the water and the throng of men moved forward. Plunging into the icy surf, the Marines gasped as the cold wetness penetrated their clothing. The dark, green depths caused many to flounder, already weighted down with excess gear. This, combined with the mortar fire aimed at them from the top of the cliffs, caused many to believe they had seen their last day.
As Eddie struggled toward the shore, a bullet pierced through the man in front of him, causing him to fall backward. He looked into the lifeless eyes before the sea covered the soldier’s face and claimed his spirit.
A second later, Eddie felt a sharp pain in his side. Before losing his balance, he felt a strong arm lifting him up.
‘Are you okay, buddy?’
Eddie shook his head in reply as Vince struggled to maintain his own bearing. The water became shallower, but rolls of barbed wire presented another problem. Others cried out in pain as they fell or tripped onto the biting barricade. Finally, the two spied an opening and scrambled to the shore, quickly followed by others.

‘Where are you hit, Ed?’ Concern shown in Vince’s face as his eyes searched for the source of the red stain, which slowly traveled downward.
‘Just beneath the shoulder. Man, it stung like hell, at first. Now it’s kinda numb.’ Eddie gasped and dropped his head onto the wet sand.
‘Give me your gear.’
Eddie raised his head as he felt his friend unbuckle the pack, and ease the straps from his shoulders.
‘What are you doing, Vince?’
‘I want you to start crawling toward the cliff. See that niche over there? Head for it. You can’t make it in your shape with all this gear. I’ll be right behind you. Now, go!’
The firing intensified, but Eddie said a silent prayer and clawed his way to the wall of rock. Bodies of dead and dying were all around. Ironically, they served as a protective shield. As he approached his destination, a hand reached out and grabbed at the collar of his jacket, pulling him to safety. Within the shelter of the rock, Eddie could see others inside the crevice.
‘Can you see my buddy?’
‘Don’t see much of anything moving right now, mate.’
Eddie peered into the dark corners and recognized the British uniforms. A clicking sound engulfed his ears, and he realized that it was his teeth. Knowing he could not restrain his fear, he wanted at least to control his trembling. Glancing at the man next to him, he noticed that he, too, was shaking.
The mist from the sea began to rise, only to mingle with the smoke from the mortar fire. Eddie lay against the cliff, feeling weak and helpless. More men were coming ashore, and staying alive. They were making progress. He wondered how much longer the battle would last, and where Vince was.
Looking out at the edge of the beach, he saw the back of a familiar figure. With soldiers scrambling back and forth, Eddie found that he could not take his eyes from the lone form. Slowly, the man turned, and faced Eddie’s questioning stare. The left side of his face had been blown away with shrapnel. His arm hung limply at his side. Even with half of his body badly torn, Eddie knew that it was Vince. Both men looked at each other. Eddie could not speak or move. He could only gaze at the face of his friend. Finally, Vince turned, and disappeared into the smoke and chaos of battle.

‘Sorry about your mate, Yank. He’ll probably turn up down the shoreline somewhere, where we’re supposed to be.’
The voice broke into Eddie’s trance, and pulled him back. Still he could not speak. The look in Vince’s eyes before he vanished played over and over again in Eddie’s mind. It had been a look of satisfaction at knowing that his friend was safe, and that he had kept his promise to the one he loved. It had also been a final farewell.
Later on, as the medic finished dressing his wound, Eddie found himself lying in one of a hundred rows of injured and dead soldiers. The glory of war was all around. Blood stained the sand, and the ongoing explosions of battle sounded in the distance. For now, though, the moans and crying of men filled the air.
‘Here, pal, have a cigarette.’
Eddie looked at the medic’s face and murmured a ‘thanks’ as he accepted the offer. Still trembling, he brought the cigarette to his lips and inhaled slowly. Lying back, he could only think of the fact that he was on a beach. It was chilly, just like Coney Island in the Spring. Coney Island.
He peered over just as a handful of more British soldiers made their way between the rows of bodies. One stopped to shift the weight of a load that he carried over his shoulder, before resuming his journey. Eddie could see that it was the body of a young Private, arms hanging limp and lifeless.
The medic stopped the man, and lifted the head of the boy.
‘You’re wasting your time, Mac. This one’s dead.’
Continuing his trek, the soldier replied over his shoulder. ‘I promised his Mum that I would look out for him.’
Shaking his head, the medic turned his attention to the next link in an endless chain.
‘Promised his Mum.’ The words rolled over in Eddie’s head. Promises. The entire beach was filled with broken promises, yet Vince had managed to keep his. The cigarette slipped through his fingers into the sand. The sun now shone through the haze, resembling a Ferris Wheel in the distance. Water lapped back and forth on the shore, and the cry of gulls, somewhere, phased into the laughter of children. Eddie closed his eyes, and wept. 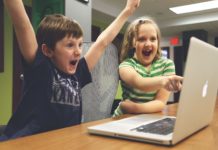